Do video production companies take into account the foreign markets when making their videos?

I’ve been doing voiceovers now for newarly 7 years and am getting to notice things about foreign voiceovers in particular. I speak Bahasa which is a language spoken in Malaysia and Indonesia and, with the current economic interest in the region, there is a growing interest about investing in the oil and gas industries as well as manufacture.

With this investment comes job, with jobs comes regulations and training. With that, comes e-Learning and instructional videos.

I have so far been involved in the translation and voicing of about 20 Bahasa Health & Safety and “how-to” videos for the airline industry, oil & gas, manufacture. There are some which are incredibly easy to voice, especially when it falls into the “e-Learning” category and there isn’t any video to sync to. The problems arise when there is already an existing video, voiced usually in English and all I’m given is the timecode to fit in the translation. Often I’m left frustrated and tearing my hair out as a simple sentence in English  will sometimes be almost a third longer when in Bahasa. I wonder if production companies ever take this into account when they know their client will be using their video for the worldwide market. It’s something to consider. I’m sure it’s the same case in Standard German with their portmanteau words. Bahasa, or any other language where almost every consonant is followed by a vowel, for example:

might look like a sentence of similar length but if you consider that the English has 8 syllables, the Bahasa (in this case Malay) has 13 syllables. Fitting the amount of syllables within the start and end of a particular timecode starts to make the sentence sound ridiculous. The viewer will be have to first get over the hurdle of how ridiculous it sounds before they can start actually taking in the information, which may be about airline safety or toxic gases.

When I am translating for voiceover I am always aware that someone is going to have to speak this at some point (often me) so the translation should match the lenth of the English. I’m often in vocal booths editing words out of someone else’s hard work in order that it should fit the client’s specification. Which increases my time in the booth as well as my fee and the cost to the whole production.

Often it’s the case where the voiceover client has the the video production company as the client, so there’s nothing the sound engineer can do.

I would love a situation where production companies producing the video made a slightly longer edit for the foreign markets their clients are selling to. It would help the voice doing the work as well as the person having to take the information in. What is the point of sitting your workers in front of a Health & Safety video if they can’t take it seriously and, by extension, feel that they are not being taken seriously by their employers? 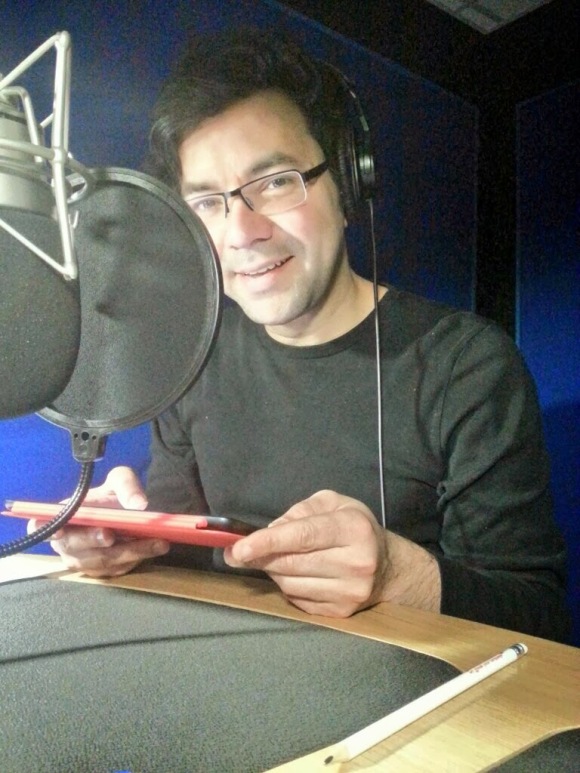 Doing what I love best

5 thoughts on “Translations for Voiceovers”